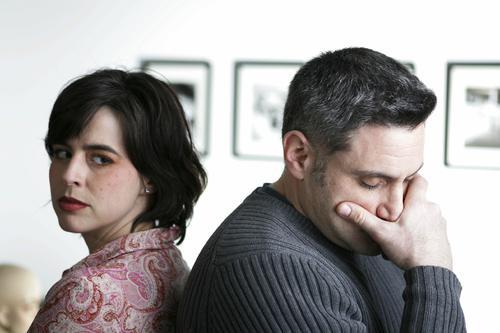 Sex without strings attached is no walk in the park

The term no strings attached certainly implies no outside feelings attached to the activity of having sex with a hot stranger, but the practical fact is that sex without strings attached requires a lot of work if it’s something that is to be healthily sustained. Casual relationships are made from the bond between two people after all, and it’s a relationship that can only work if the two people are in synch with each other. That sort of synchronization is something that takes some attention and effort. If you put in a little bit of work on your end, and your partner puts in some work on her, you’ll find that you can sustain several healthy casual relationships at the same time, without too much abrasion occurring.

Just like serious relationships, casual relationships require some work. Fundamentally, there needs to be some sort of respect established between both sexual parties if your bond has any hope of lasting past the initial one night stand. Even though you two are casual partners, you are still partnered up at this stage of your life, so you need to respect your partner. After that, the foundation is built for you to have an honest, open sexual relationship.

Establish an open line of communication

Communication is key in all relationships, even sexual ones. Perhaps this applies particularly to sexual relationships. Because casual relationships are so, well, casual, the partners don’t tend to really think too hard about what the other might be feeling. With all the sex that’s going on, there tends to be barely any room for feelings at all. However, even if the emotions are not being expressed, does not mean that they are not there boiling within. If you establish an open line of communication with your partner, you are cementing your chances of building a strong, nurturing casual relationship. A casual sex relationship doesn’t have to be something dark and sleazy; it can be bright and mutually pleasurable if both parties put in the minimum work required.

Don’t lie to her

Lying to her is a mistake that legions of men have made in past casual relationships, and we need to learn from their lessons. It’s always a mistake to lie to your casual partner, no matter what the situation is. Lying breaks the foundation of trust, and you really can’t have sex with someone that you don’t have a basic amount of trust in. The most tempting lie out there is to tell your casual partner that you are not seeing any other woman, when in fact you have several dates lined up for the next couple weeks. Take advantage of the fact that this is not a serious relationship, and choose to be open with her about what you spend your time doing. If she does not want a man who sleeps around, then she’ll effectively fade away, and you’ll still have plenty of fun nights lined up for you. At least you were honest with her, and part of her will thank you for that.

Settle your differences and keep having wild nights

By keeping an open line of communication and maintaining an honest relationship, you will find that you can easily put all your differences aside and keep having casual sex with your partner for a long time to come. Just because casual sex relationships are not serious or overly meaningful, does not mean that they can’t be great bonds formed between two good, wise adults. Be wise in your sexual ventures, and you’ll find that you never have to worry about having your heart broken, or breaking someone else’s.